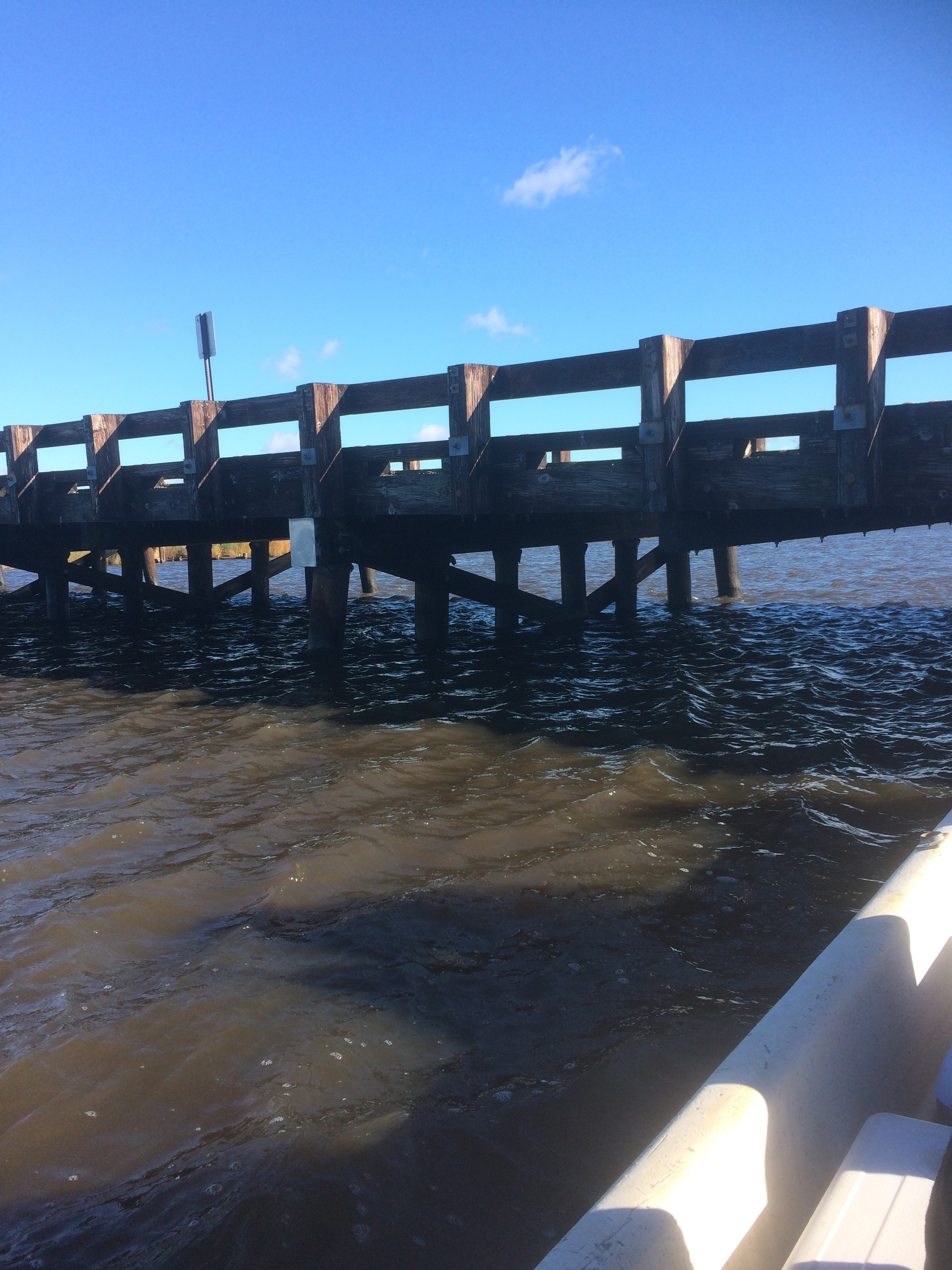 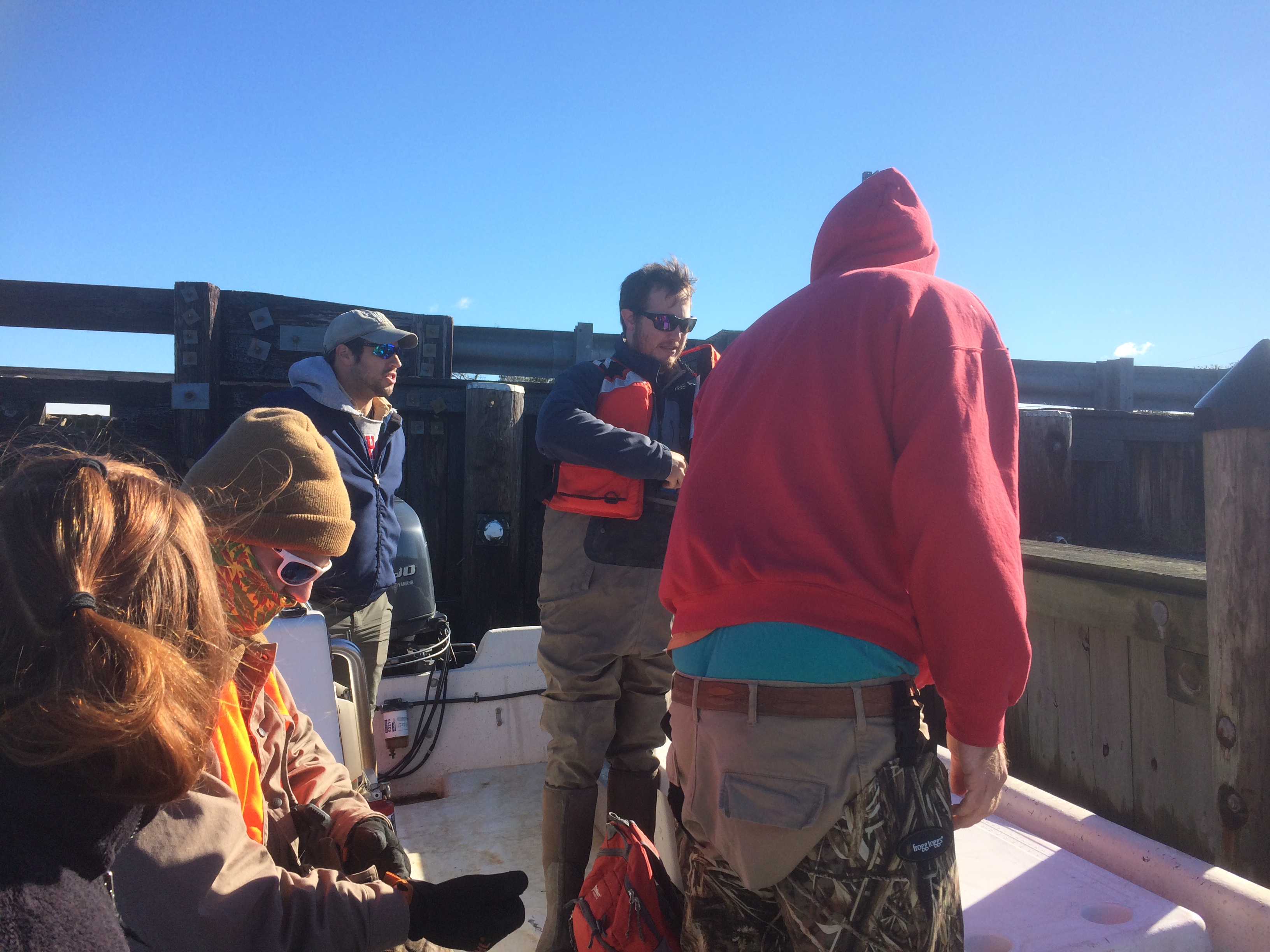 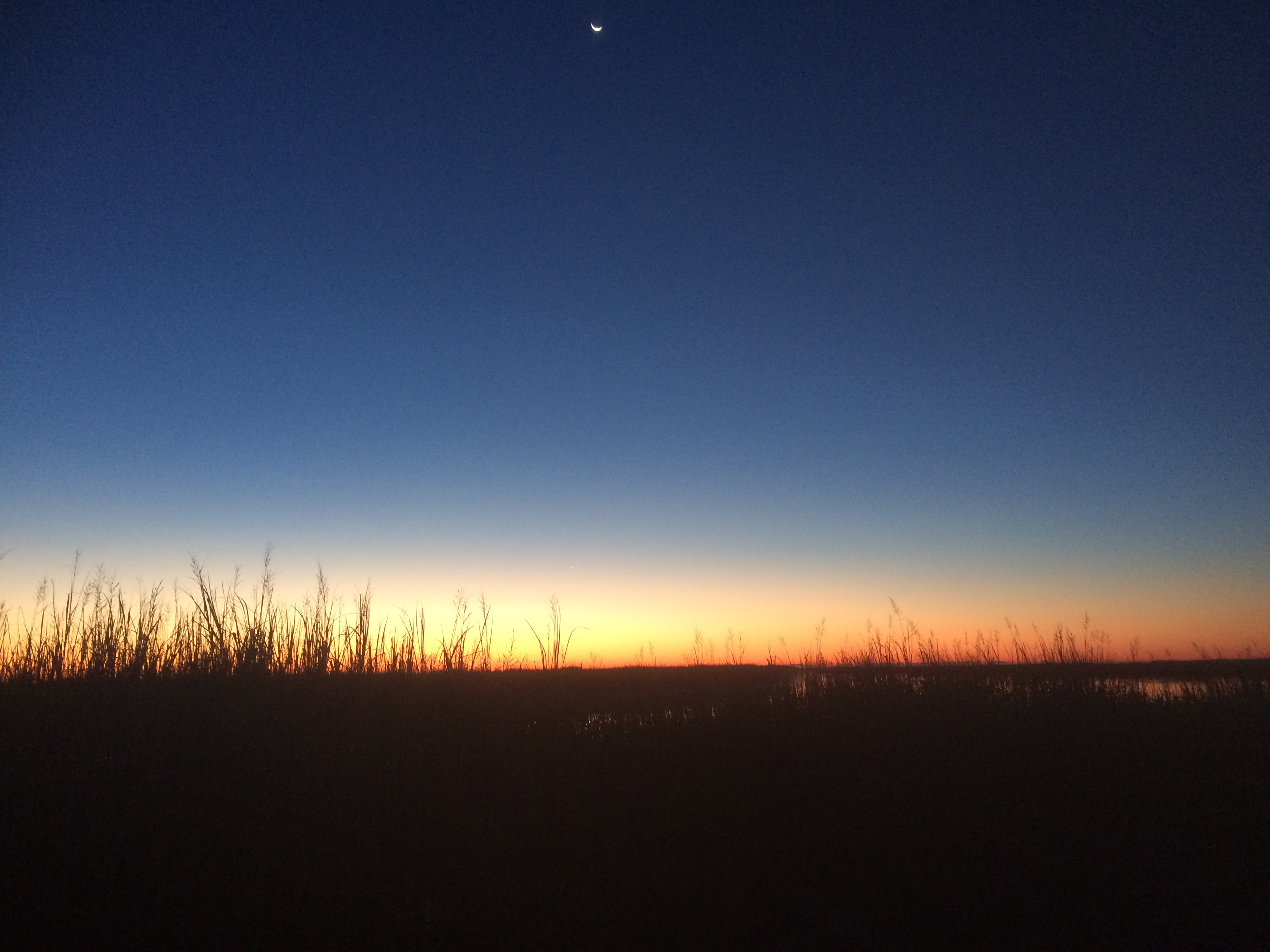 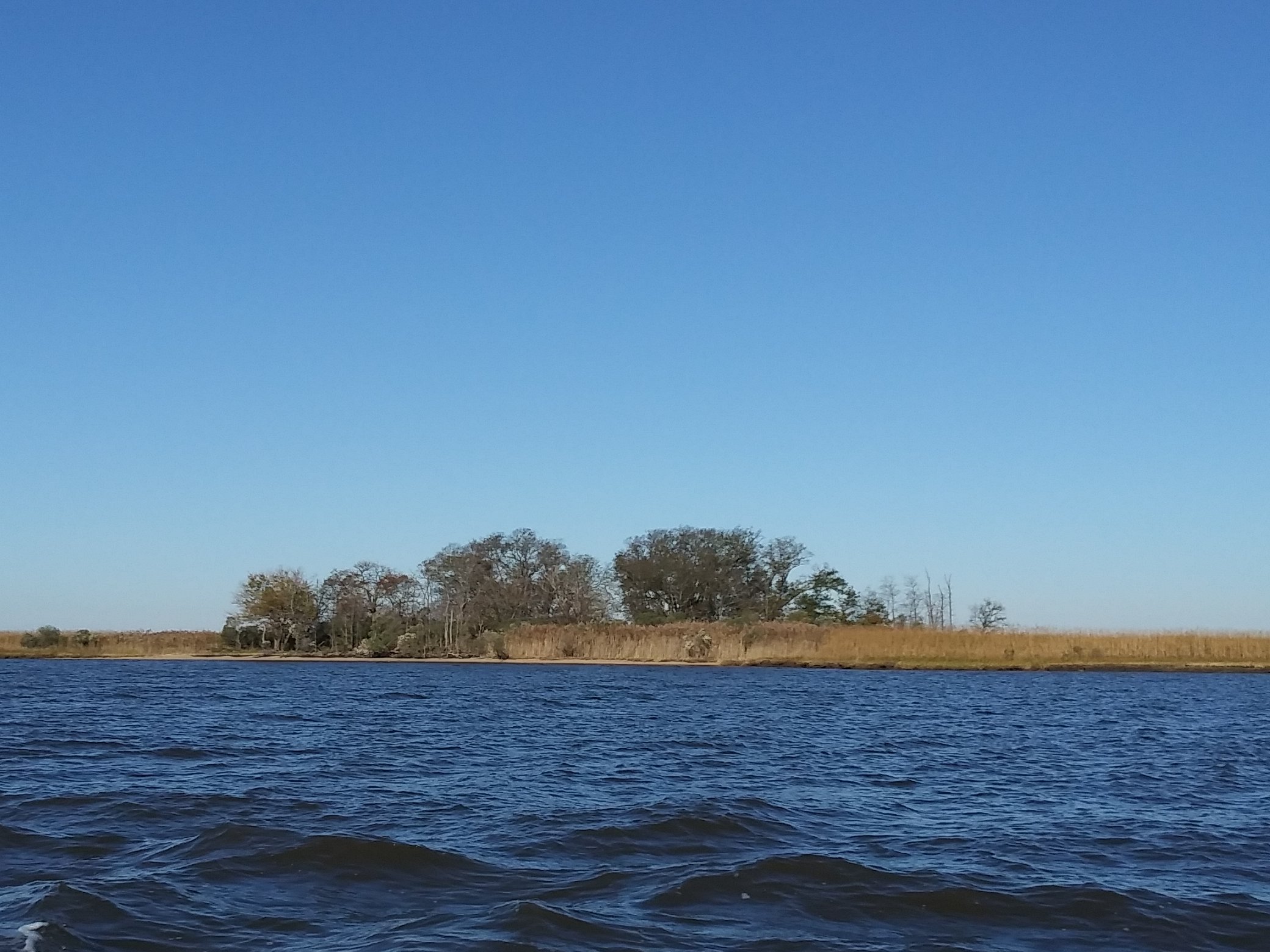 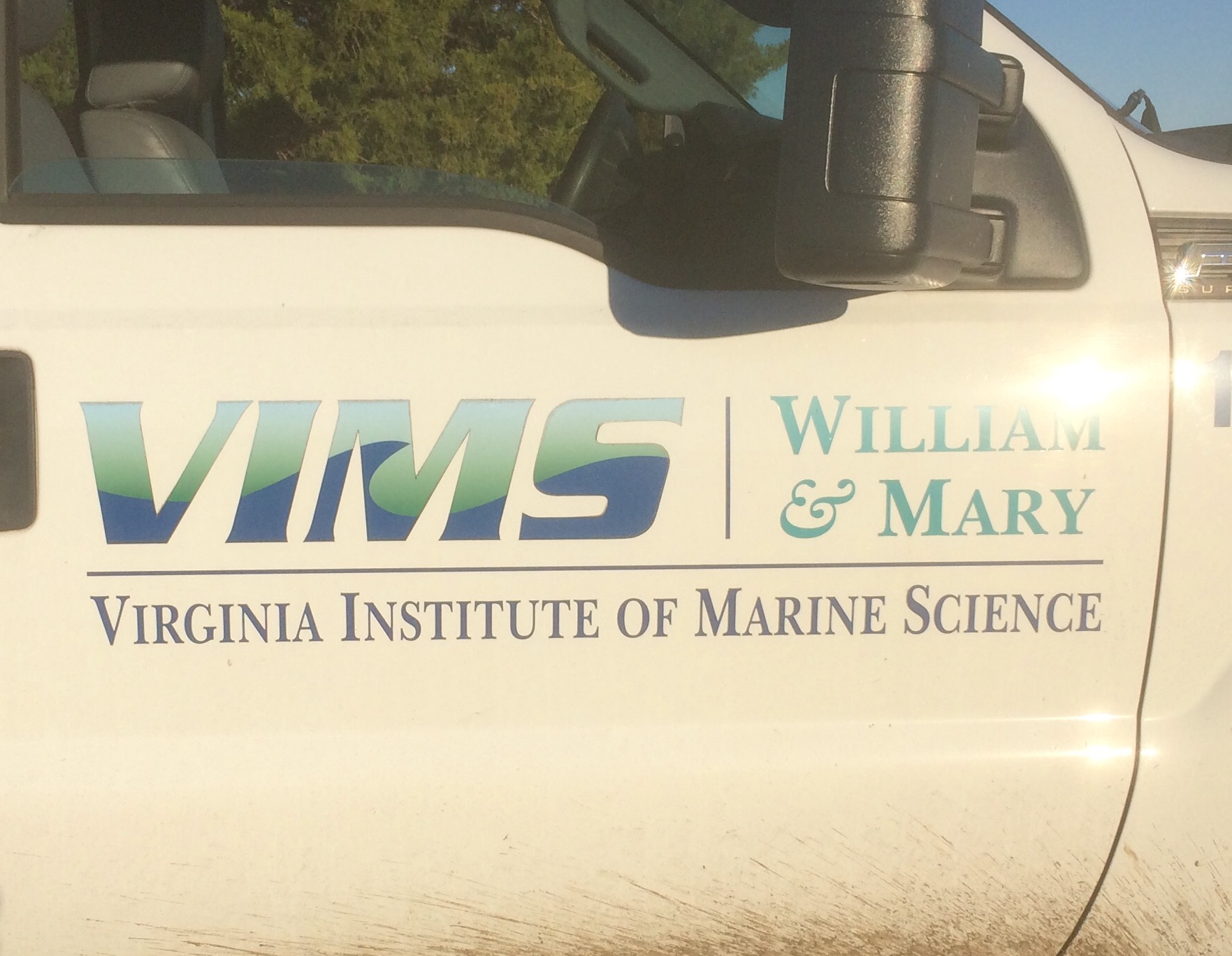 Thank you to all who came out to the Nause-Waiwash Band of Indians’ Retribution for Florence​ event on Friday, November 2, 2018 at Millie’s Roadhouse Bar & Grill​ in Vienna, Maryland. The event was a huge success that never would have happened without all of your support and dedication. It was a long day for some of us, but well worth it in the end. It was fun and exciting. We were happy to see familiar faces that we haven’t seen for a while. Welcome back. We were also thrilled to have met many of you in person for the first time, and look forward to continuing to build on those relationships.

Thank you to Mickey Lomax​ for donating his time and auctioneering skills. Thank you to BP Productions​ for donating the use of your audio equipment. Congratulations to Wes Cummins, Richard Ball, and Robin Abbott​; winners of the pelt, blanket, and 50/50 raffles.

There were a few happy people with new t-shirts, some will have warm ears this winter, and maybe a new decal on their car. Plenty of gift certificates to local businesses were sold, so be sure when you use them to acknowledge where you got them, as each new supporter will help us bring you better events in the future.

None of this would have been possible without each and every one of you! We extend our thanks to all of you, and look forward to seeing you in the future. Pleasant journeys. Aho! 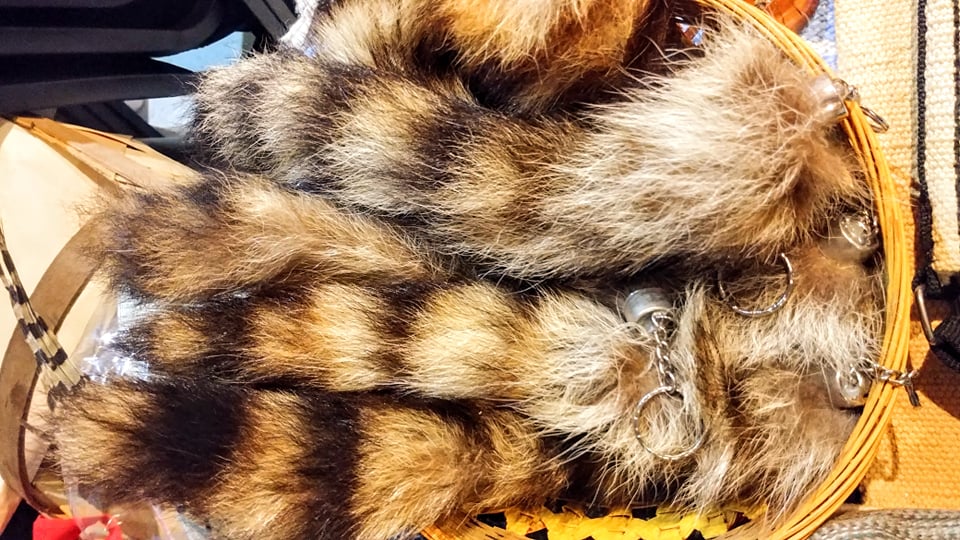 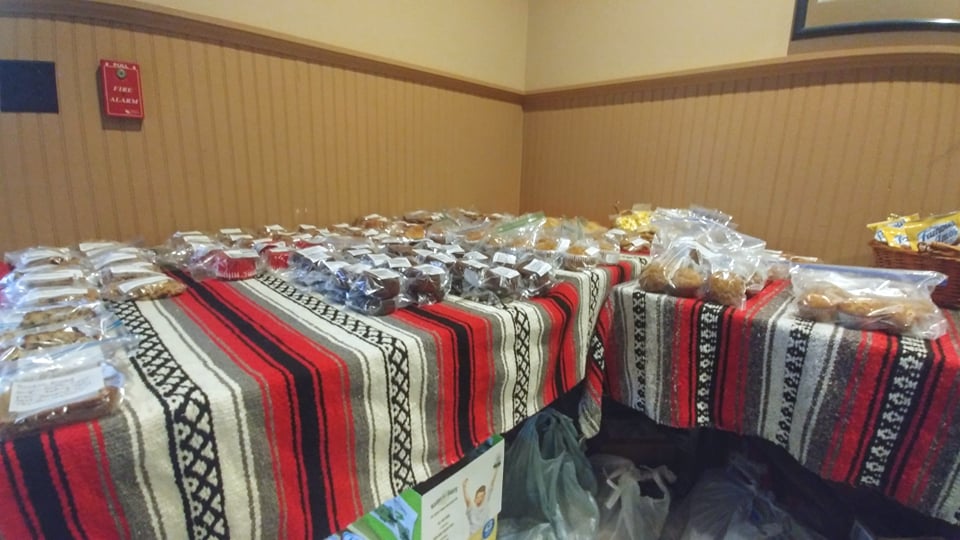 Today is the day! Join us at Millie’s Road House Bar and Grill in Vienna, MD for our fundraising event, Retribution for Florence. We have silent and live auctions, a bake table, and various merchandise for sale. We’re here until 8pm, RAIN OR SHINE! 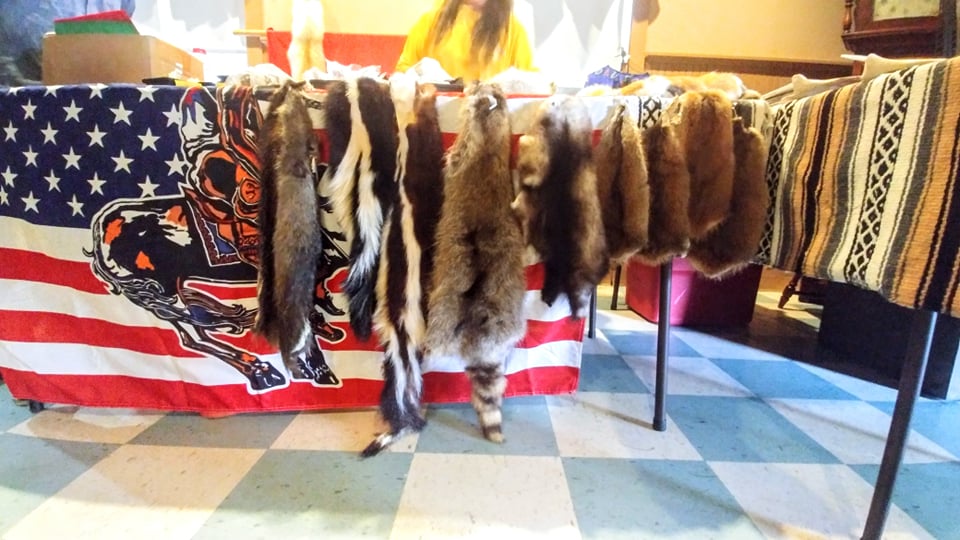 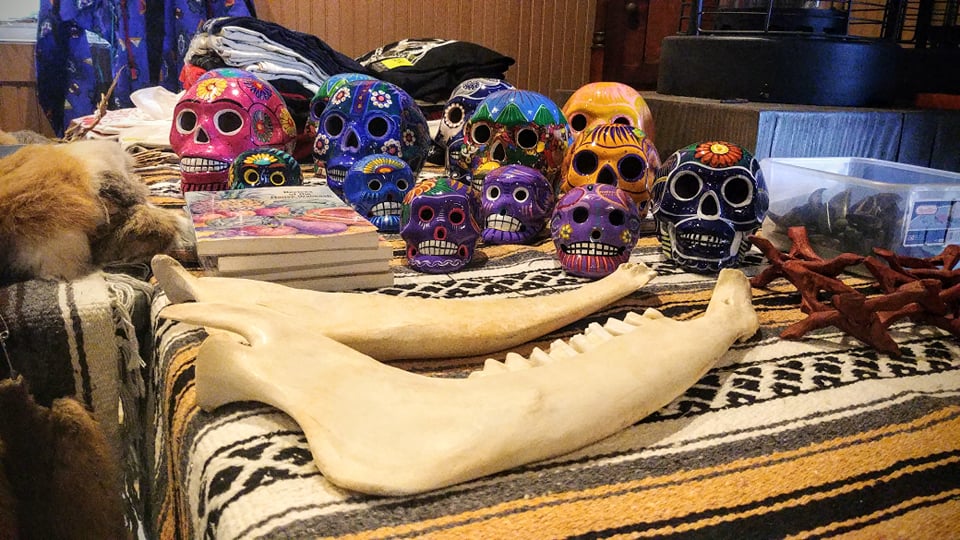 Chief Wolf Mother was invited to share a horse and buggy ride with Meg Stein on the back roads of Trappe, Maryland with Carey Miller and Raymond of Caper Lea Farms. 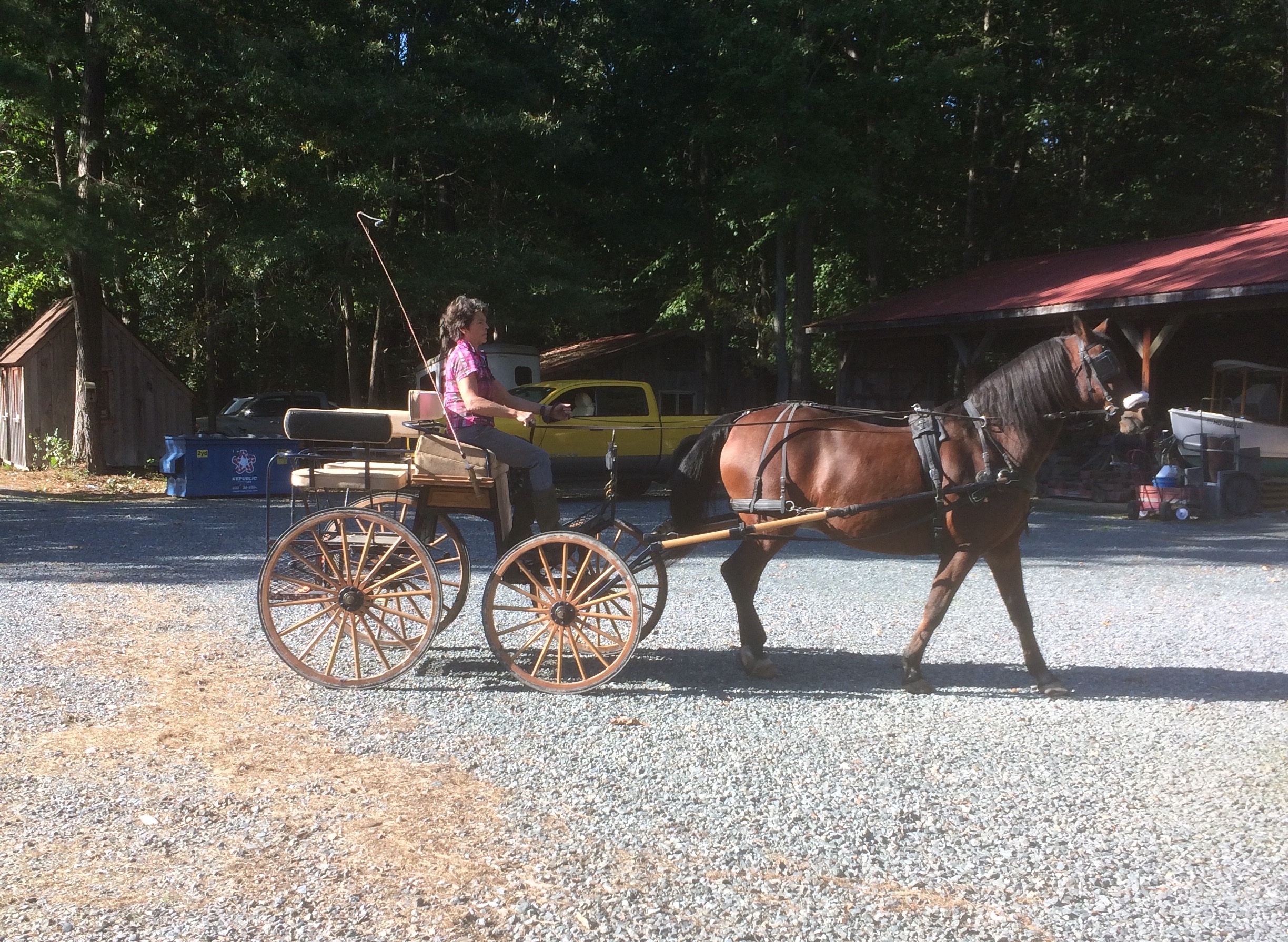 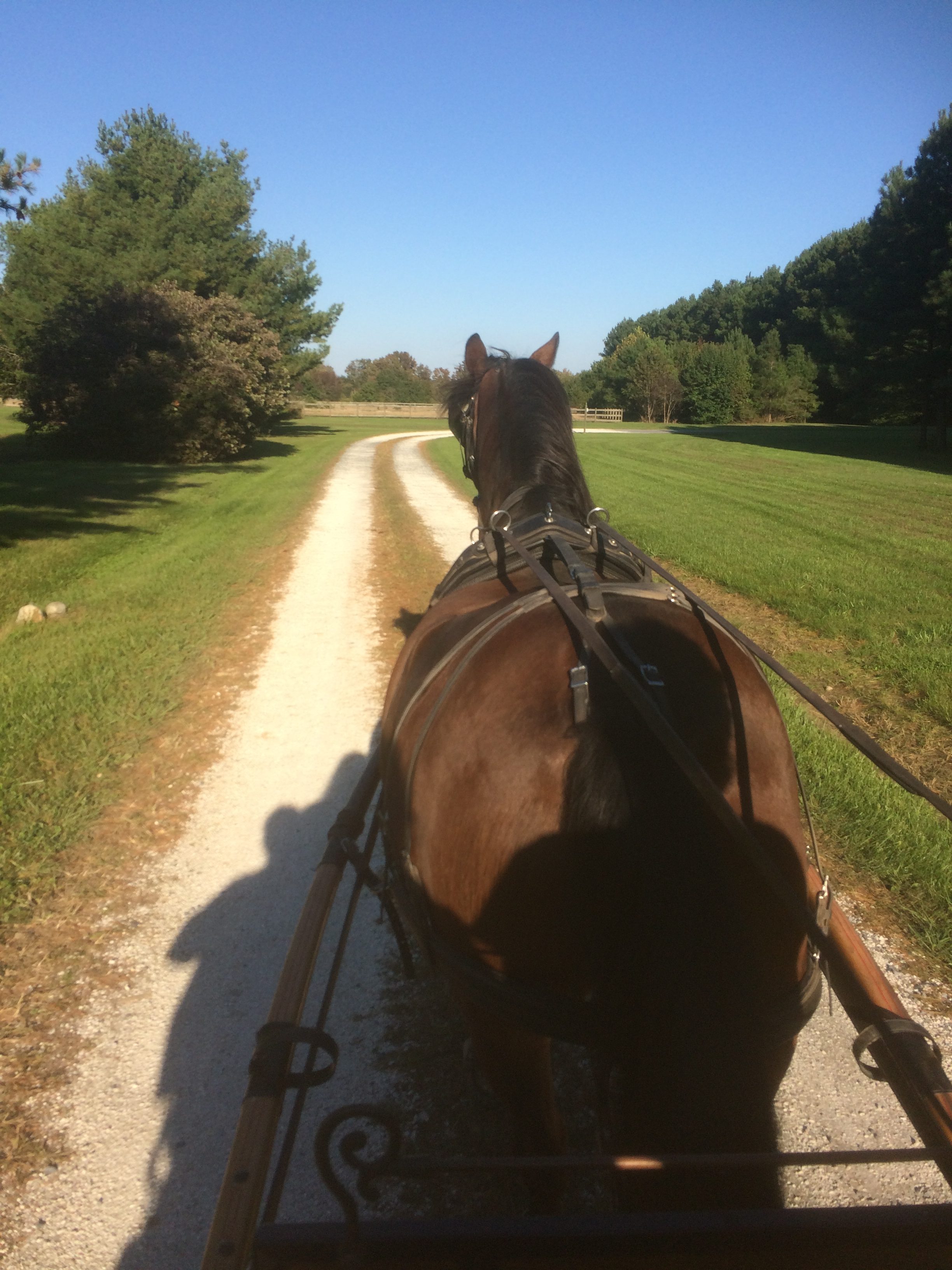 “Thank you for a fun time!” – Chief Wolf Mother

On November 2, 2018 the NWBI will be holding a fund-raising event called Retribution for Florence. This event will include silent and live auctions, merchandise, raffles, door prizes, and much more. 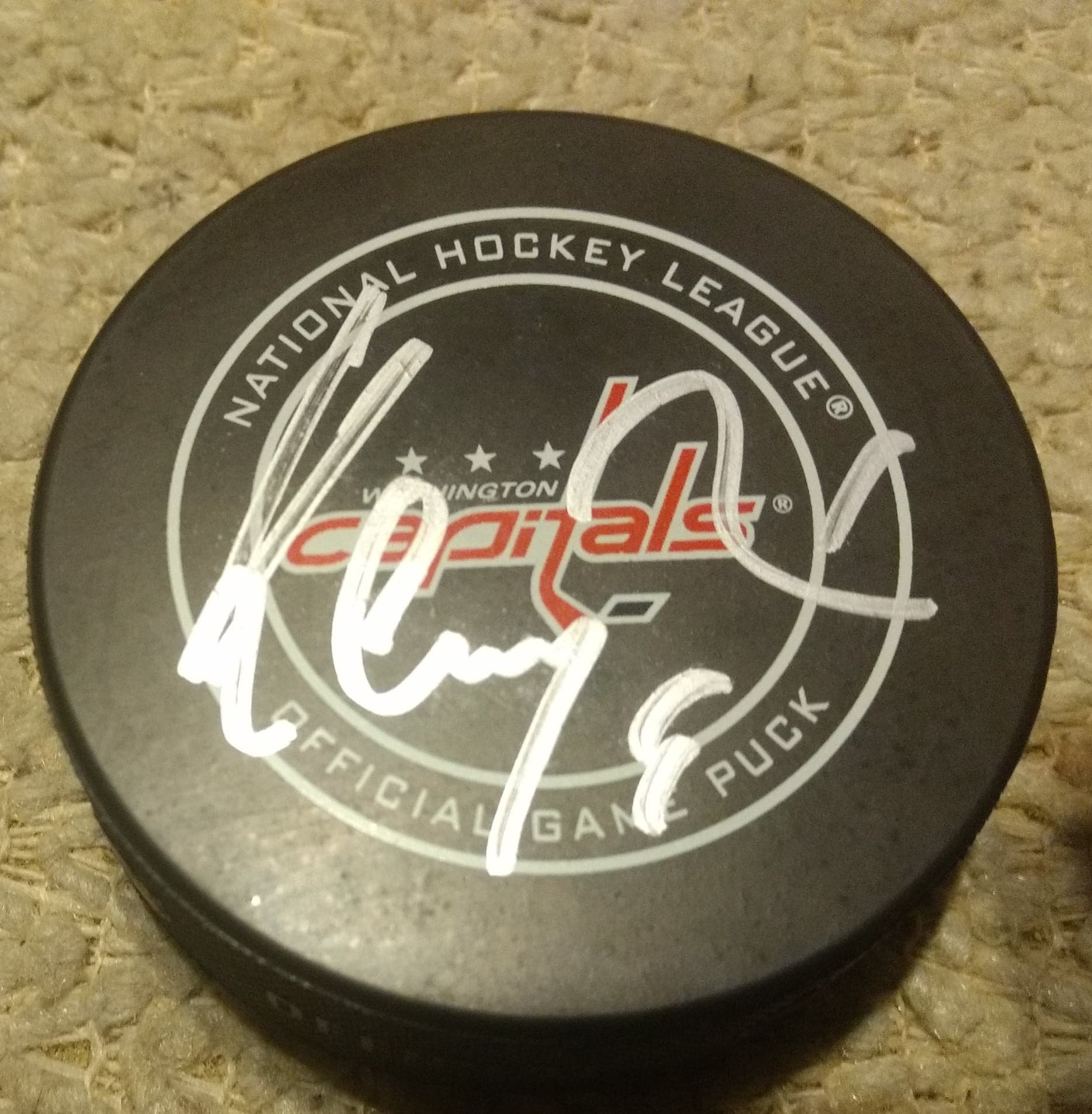 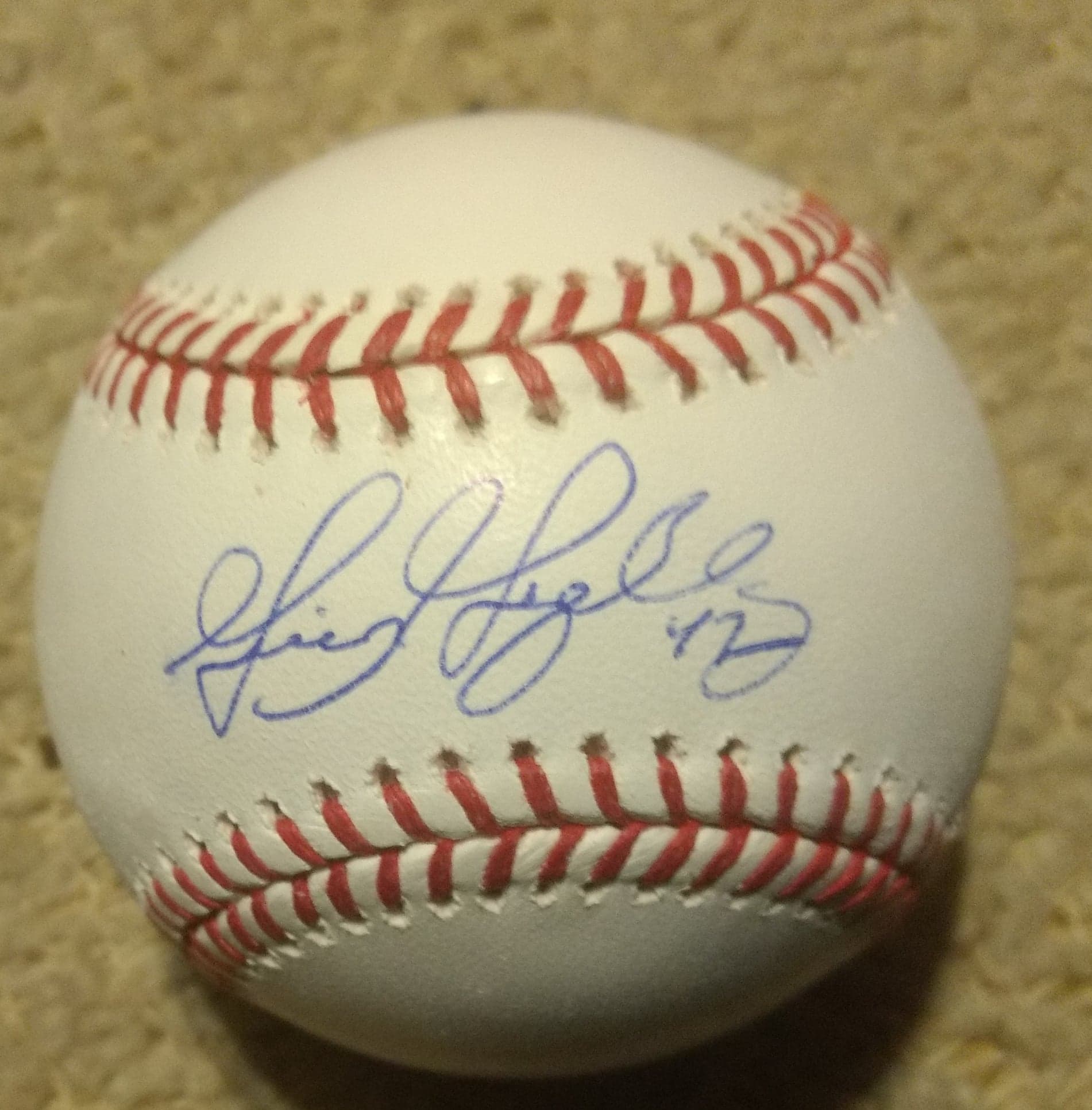 Don’t miss your chance to bid on this incredibly beautiful Pendleton blanket, named “Chief Joseph.” This and several other items, including paintings, Native history books, and multiple gift certificates will be available for bids during our silent and live auctions to be held during our Retribution for Florence event on Friday, November 2, 2018. 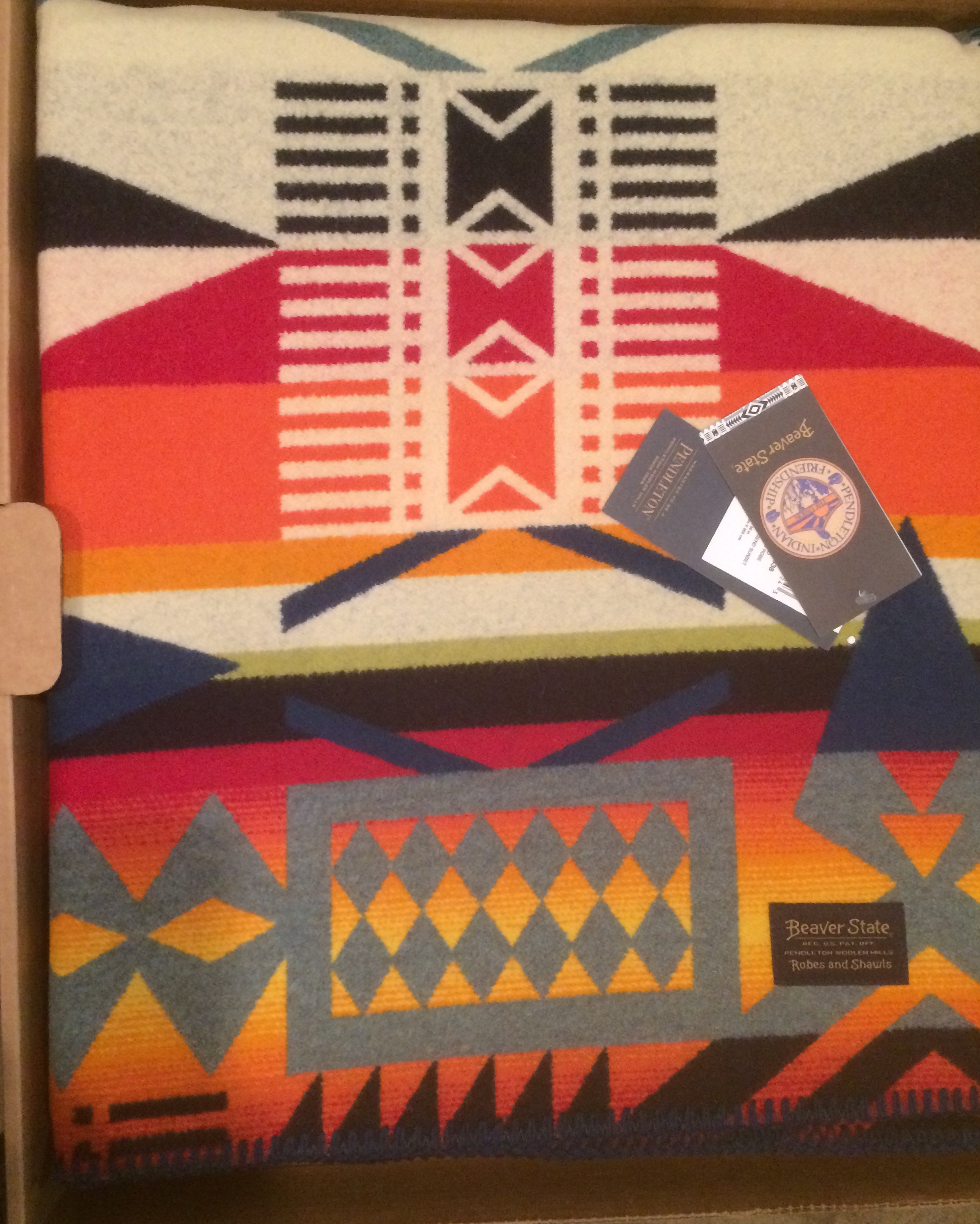 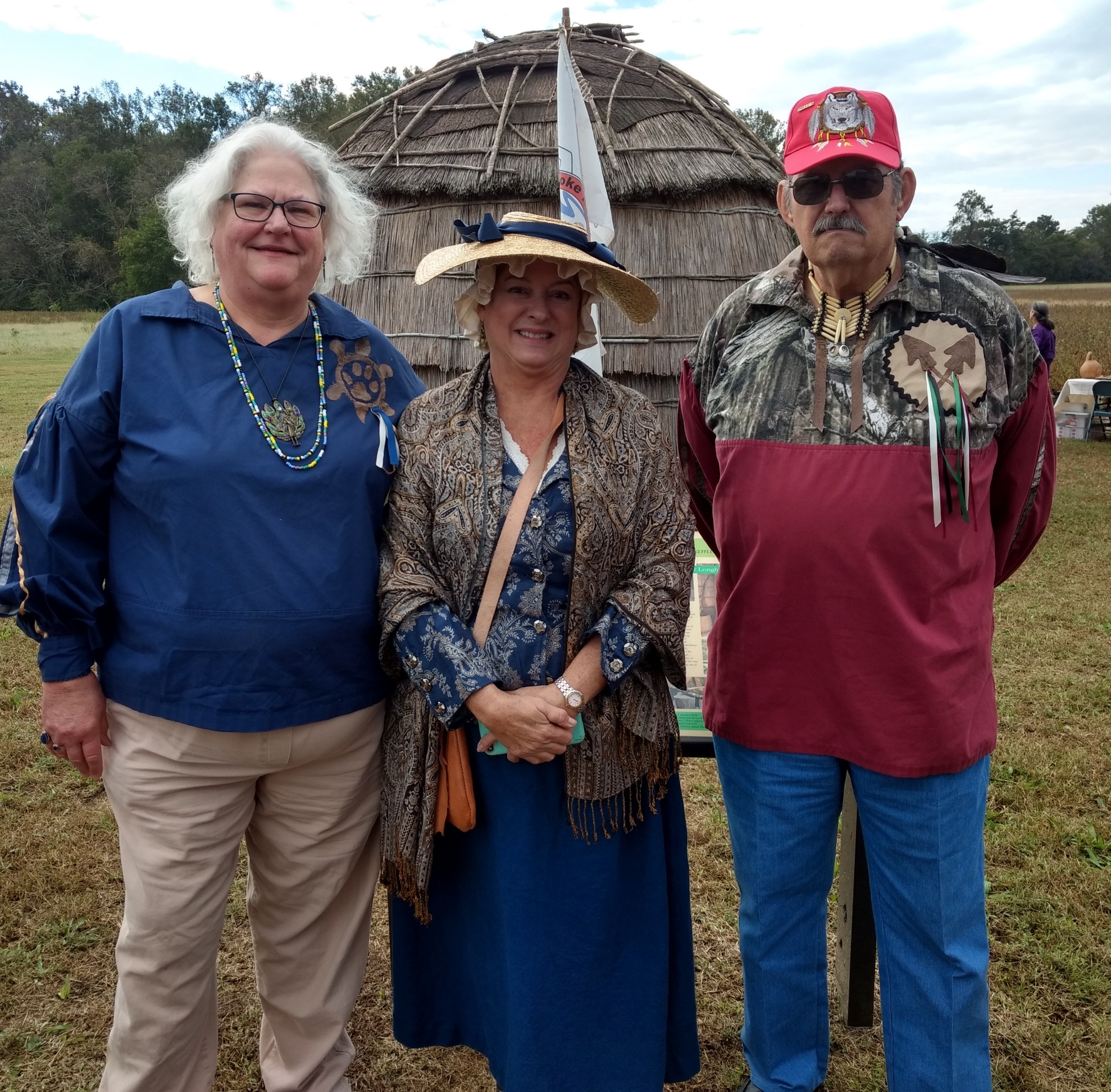 “The day started out wet and the sun finally came through to bring a fabulous day. Four bald eagles greeted the guests and sent prayers to the Creator.” 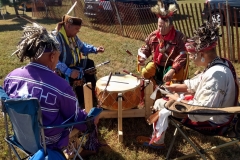 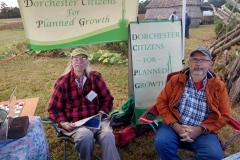 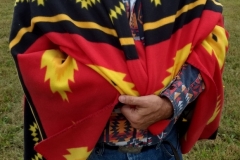 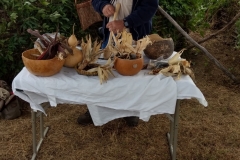 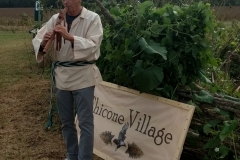 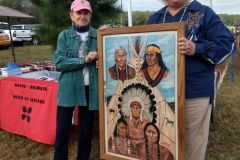 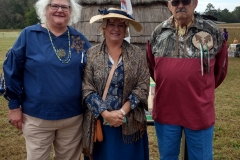 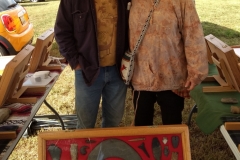 “Thank you to everyone who came out to vote in the Nause-Waiwash Band of Indians tribal council elections! I realize it was a little bit of a struggle for some of you to come out in this inclement weather. I appreciate your support and dedication. Congratulations to all! I look forward to working with each of you in moving the tribe forward, and coming up with new fresh ideas for us to grow and prosper.”

It’s time to cast your ballot. Tribal Council elections are upon us. Election dates are set for: Wednesday, October 10, 2018 and Thursday, October 11, 2018, 6:00 p.m. to 7:30 p.m. both days. Choose the date most convenient for you. The polling place is our meeting room at the Hyatt*. We strongly encourage all blood members over the age of 18 years to come cast their ballot. Only blood members can vote and only blood members can run in the election. You must show your membership card to vote. If you need a new card please contact the tribe office for a replacement at 410-228-0216 (leave message) or email me at wkdwrknmom@aol.com. Your Council is made up of seven members in which six are up for election. You can vote for one person or up to six people. It is extremely important to participate in this election. You will want to consider voting for those people who are willing to work hard for your tribe and continue moving us forward. We have made huge strides in the last few years; let’s keep the progress going.

*Off of US Rt. 50, turn into the Hyatt. Cross over 3 wooden bridges. At the STOP sign, directly in front of you, slightly to the right you will see a blue awning. The blue awning is the “Employee Entrance.” Enter under the Blue awning. Polling room is the second door on the left across from the security desk.

** Youth Advisor is NOT included in your one to six picks

On Friday, October 5, 2018, Chief Wolf Mother was invited to Chesapeake Christian School in Easton, MD to talk to the students in Mrs. Kari Farnell’s Exploring the Shore Class. 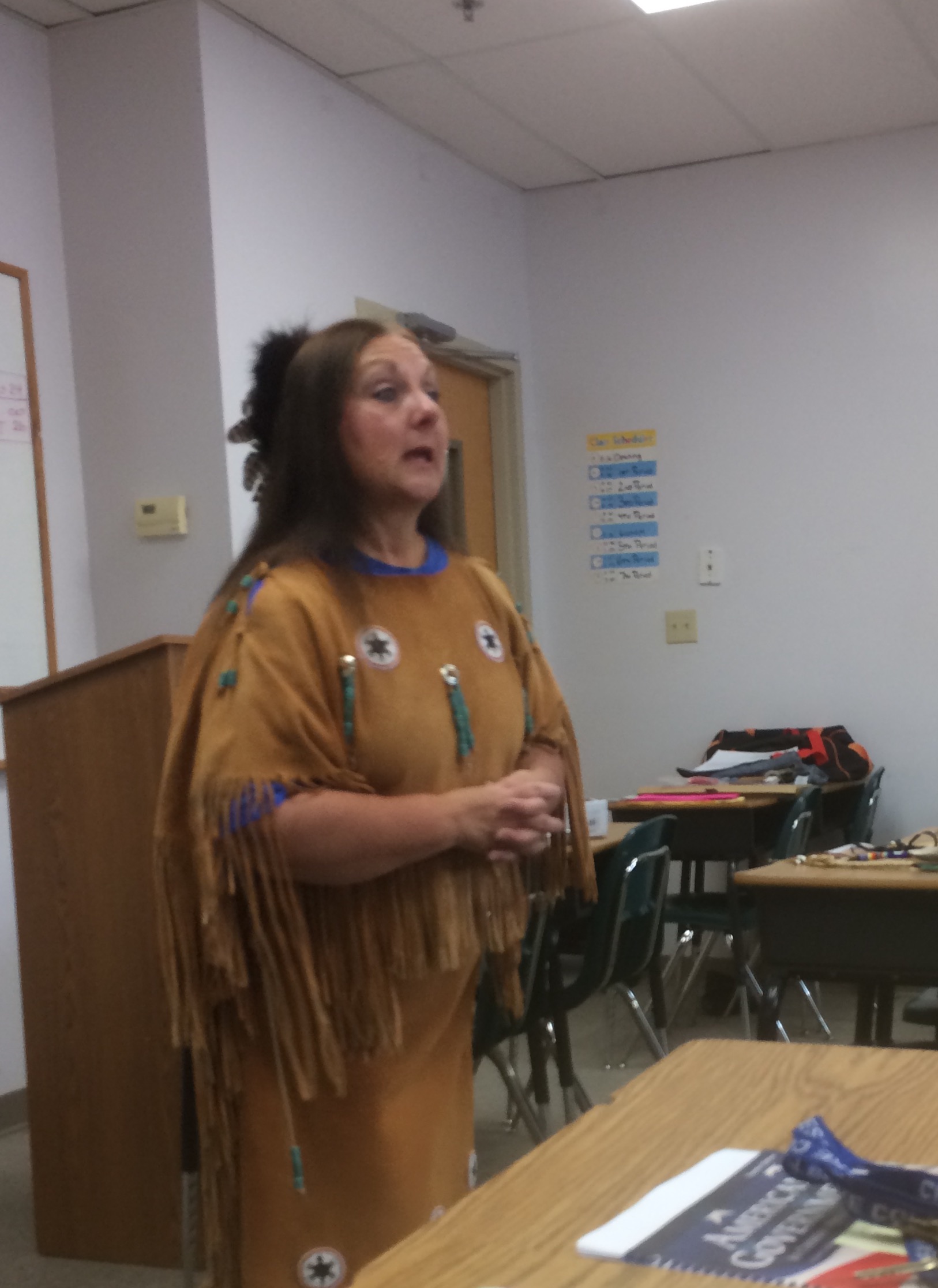 “Thank you to Principal Debbie Witter, Mrs. Kari Farnell and the students of Chesapeake Christian School’s “Exploring the Shore” class for inviting me to particpate in your class. I enjoyed spending the afternoon with you and appreciate your hospitality and kindness. I look forward to spending more time with you in the spring. Pleasant journeys to each of you.” 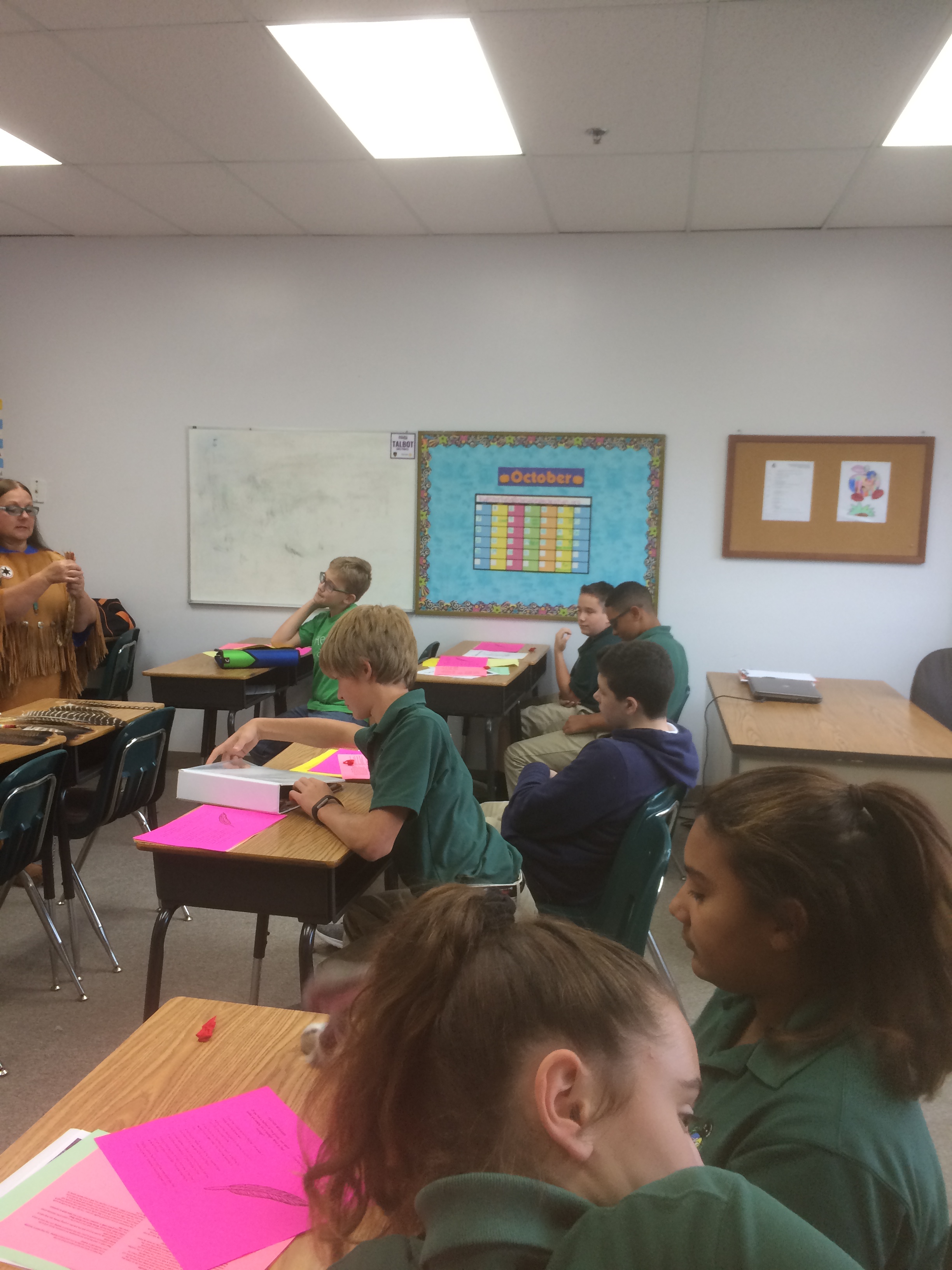